The poetics of the embodied-disembodied in the work of Maria Klonaris and Katerina Thomadaki: On the occasion of the book Dark Shot 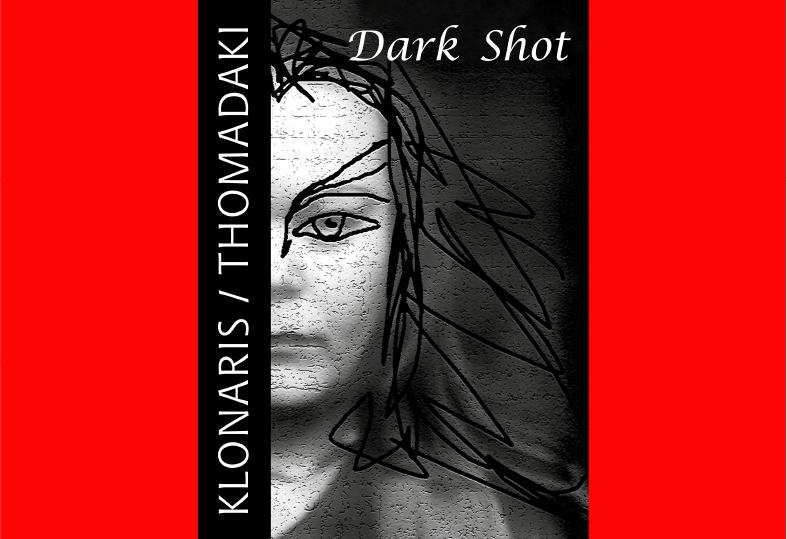 Manifesto for a radical femininity for another Cinema (1977)

“It is within the female sex that orgasm remains the most enigmatic, the most inaccessible; its ultimate essence has probably not yet been authentically located.”1

1. ON A FEMININE CULTURE: OBVIOUS FACTS

The existing culture is a male domineering culture, created by man for his own image/benefit. Woman contributed to its creation, but mostly as a support for the male “spirit”. In this culture, woman is near-absent. Unknown. Ignored. Mute. Imprisoned. Despised. Deformed. Enigmatic. Inaccessible. In this culture, femininity is but a male projection. The feminine culture remains to be created. It is already being created by women unsubmissive to male order. Through this culture alone, woman will be able to conquer the political territories necessary to her empowerment. All woman’s creative acts highlighting the distance between a general, standardised, male fabricated femininity and a self-revealed specific and unique female identity contribute to the creation of this culture. “This said, I increasingly think that we should refrain from gendering cultural productions: this would be ‘feminine’, this would be ‘masculine’. The issue seems different to me: it is about giving women the economic and libidinal conditions which will allow them to analyse and deconstruct social oppression and sexual repression, so that every woman may express and develop her own singularities and her own differences, as they have been produced by the risks and necessities of nature, family or society.”2 A feminine culture can only be rupture from dominant culture. Can only be the negation of dominant language. Can only reject the processes of dominant art. Can only let arise all that is oppressed by social order: body, desire, sexuality, unconscious, singularities. Can only let the rebellion of the repressed fracture the norms of expression.

2. VISION OF A RADICAL FEMININITY

3. PASSION FOR A RADICAL CREATION: THIS OTHER CINEMA

Unsubmissiveness. Independence. Rupture. Autonomy. To tear apart the economic dependence of the cinema of huge crowds, huge budgets, huge means, huge consumption, huge dependency. To tear apart the illustrative images, hostages of the social tales merchandised by the capitalist film industry. To shatter the academicism of the gaze maintained by the industry of images. To shatter the prefabricated notions of “real”, “natural”, “normal”, “objective”, “comprehensible” –alibis of a society which can only produce neuroses propagated by mass media. To shatter the partition of specialisations. To shatter hierarchies and roles. To shatter the mirror of the fabricated woman, the passive actress, the one who obeys, the one who accepts being manipulated, the one who mediates for a stranger’s orgasm. To shatter glasses and mirrors. I emerge. A radical femininity can only blossom within a radical creation. I construct my own images. I invent my own vision, neither “natural” nor “normal” nor “objective”, but real as it surges from desire, and comprehensible if one forgets whatever institutions have taught us to understand. I free my own introspection. I expose my roots and my sufferings: childhood, desire, revolt, repression, torture, old age, death. I expose my archetypal and social colours: red, black, white, pink, gold, silver. I stage my own mental structures, my geometries. My body image imprints the film. I open myself to you by my sentient and sensitive body. My body of woman-subject. I offer you the rituals of my identity. A haemorrhage of identity not mediated by anyone else, but fully asserted by myself in front of you. I look at you. I question you. I give birth to an OTHER cinema. Copyright © Maria Klonaris/Katerina Thomadaki, Octobre 1977. All rights reserved. First published in CinémAction I, Dix ans après mai 68, Aspects du cinéma de contestation (Paris, 1978).